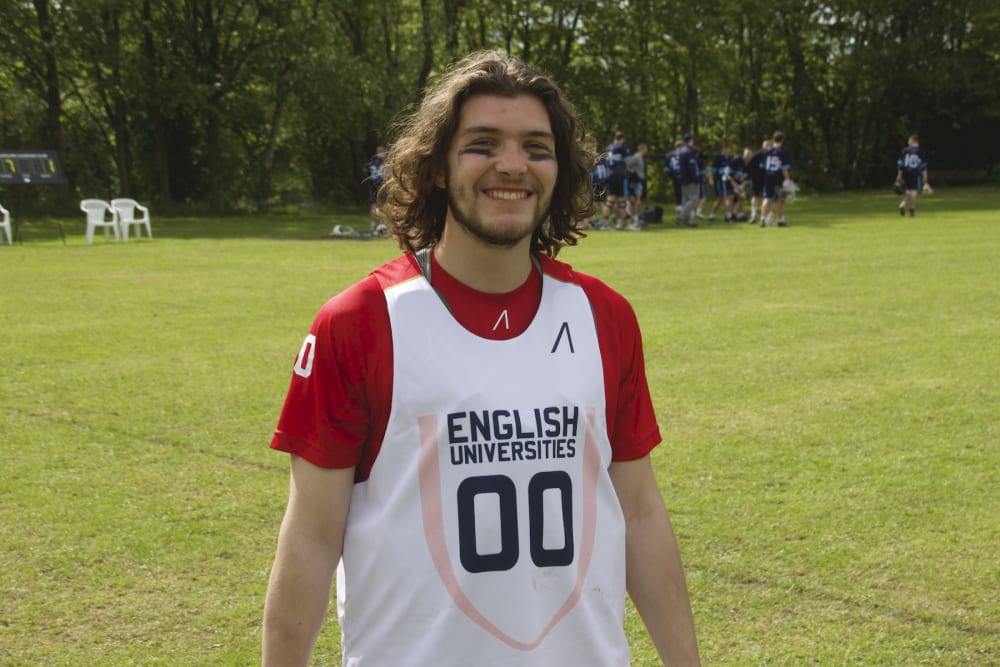 I started playing lacrosse after watching a game of box lacrosse while visiting my family in Canada, having played ice hockey since the age of 3 I thought there couldn’t be any harm in giving it a go because of the obvious similarities between the two sports. However I wasn’t aware that box lacrosse was not played very much at all in the UK and that the field version of the game is much more popular. So I started going one Saturday morning a week to a local junior team based in Bromley, fell in love with the sport and I haven’t looked back since. I continued to play ice hockey alongside lacrosse (although hockey was very much the priority) until a couple years ago after having played in Canada for a year I decided I had taken it as far as it was going to take it and made the decision to stop hockey and focus on Lacrosse, which has turned out to be a very good decision for me.

A typical week for me consists of balancing uni with work and going to the gym. I try to work out at least 3 times a week if I can, alongside practice on Friday nights and games Saturday mornings. Some weekends I have regional tryouts for the South East universities team and England universities team. Once a month I have a trial weekend in either Manchester or Monmouth (Wales) for the Welsh Men’s lacrosse team.

So far, my greatest sporting achievements have been being scouted to play in Canada for ice hockey, being selected for the Wales squad for the 2018 lacrosse world cup in Netanya Israel and being selected to represent England universities for the Nick Kehoe International tournament in Manchester.

My sporting goals for this year are to again be selected for the England Universities team and to make the Wales squad for the 2020 European championships in Poland. I would also like to help my team the London Raptors remain in the Southern Premiership division in our first season after being promoted last year.