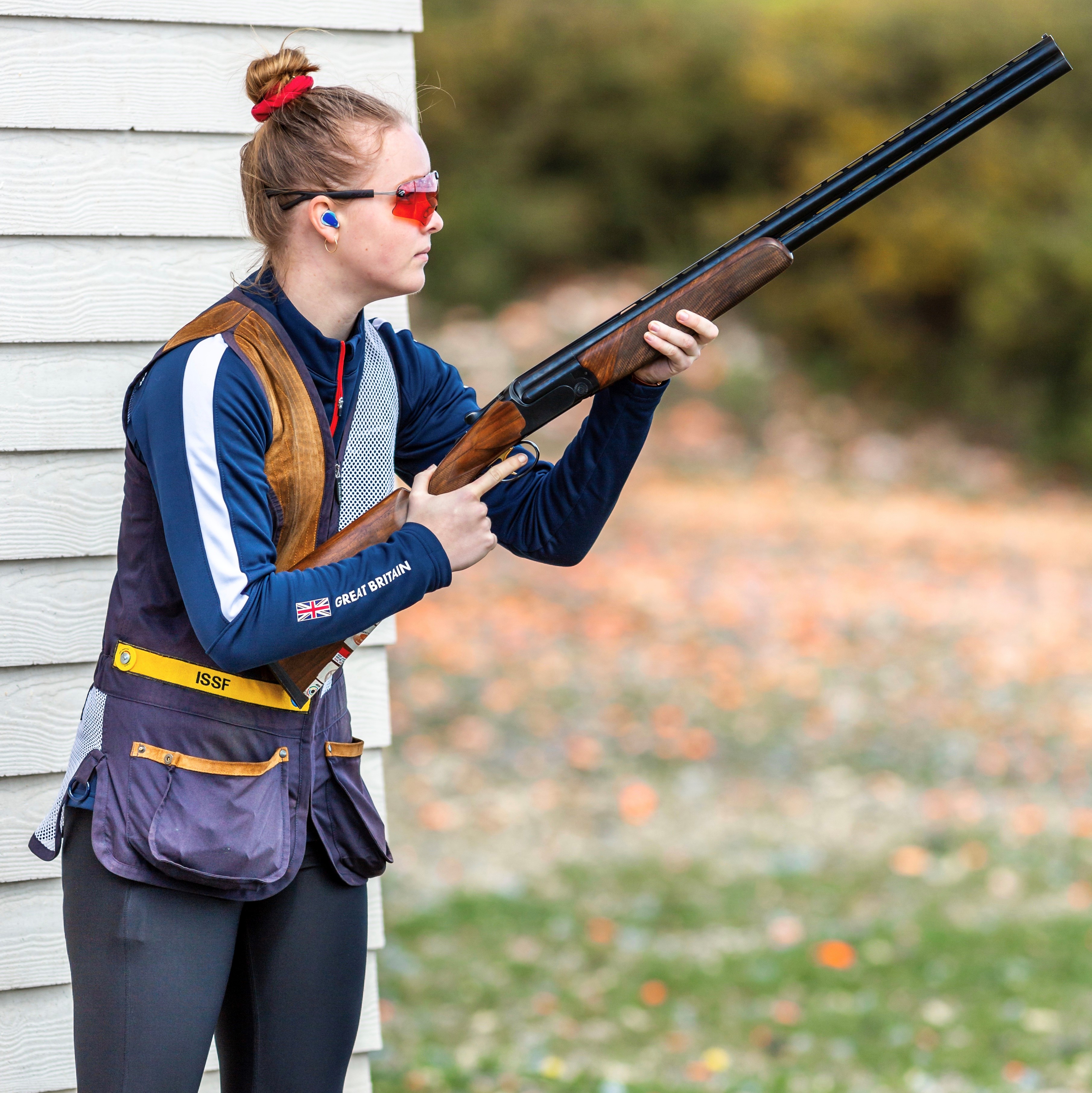 I started shooting when I was 13, mostly out of curiosity of what it was, since my dad had taken
up the sport and had told me all about it. I had a lesson at our local club, and wanted to go back! I
started practicing Olympic Skeet, one of the shotgun disciplines, when my family moved to
Surrey. British Shooting had launched their “Target Tokyo” programme to get more people
involved in shooting, so I tried out and got accepted! In 2017 I was selected to compete as a
junior at the Shotgun World Championships for Great Britain and since then have travelled with
the British team to Italy, Austria, Germany, and Korea.

A typical training week ideally consists of two or three times out shooting for a couple of hours at
a time. I try not to train for more than a few hours at a time for two reasons: first, staying focused
for long periods of time can get quite tricky; second, repeating the same motion of lifting the
shotgun again and again becomes tiring when done for a few hours. I am trying to get to the gym
more often to build up more stamina, though the majority of my training is done on the range.

What are your greatest sporting achievements/what are you most proud of?

I am most proud of my past year, but what stands out most to me is winning gold at all of the
2019 Shotgun Series events in the Junior Women’s category, and ultimately finishing in the top
spot in my category in Great Britain for the year. I am also proud of having again won silver at the
Qatar Open for the second year in a row, and having retained my title as Canadian Women’s
Champion for the third year.

This year my goals are to shoot a qualifying score for the senior women’s finals at the British
Shooting Shotgun Series events, and be able to compete in more finals to gain experience in an
area I feel that I am currently lacking. I am also going to be focusing more on the mental aspect of
training and competing, which I have become much more aware of over the past season, I am
excited to be learning new things about this side of competitions and how to manage them.